Jasmin Djerzic is a young Bosnian designer who, with his designs, wants to bring back playfulness into the lives of adults.

Jasmin Djerzic (1983), born and raised in Sarajevo, Bosnia, fled to The Netherlands when war broke out in 1992. His succesful graduation from the Academie of Art and Design In Breda in 2011, resulted in starting Jasmin Djerzic Designs.

In his studio in Breda, he works with ceramic and uses a lot of colors. For his designs he gets inspired by toys and askes questions about the value we give to things. With his designs Jasmin wants to bring playfulness back into the lives of adults.

His collection home accessories are a unique combination of playful experience and functionality, which recall a sense of wonder. 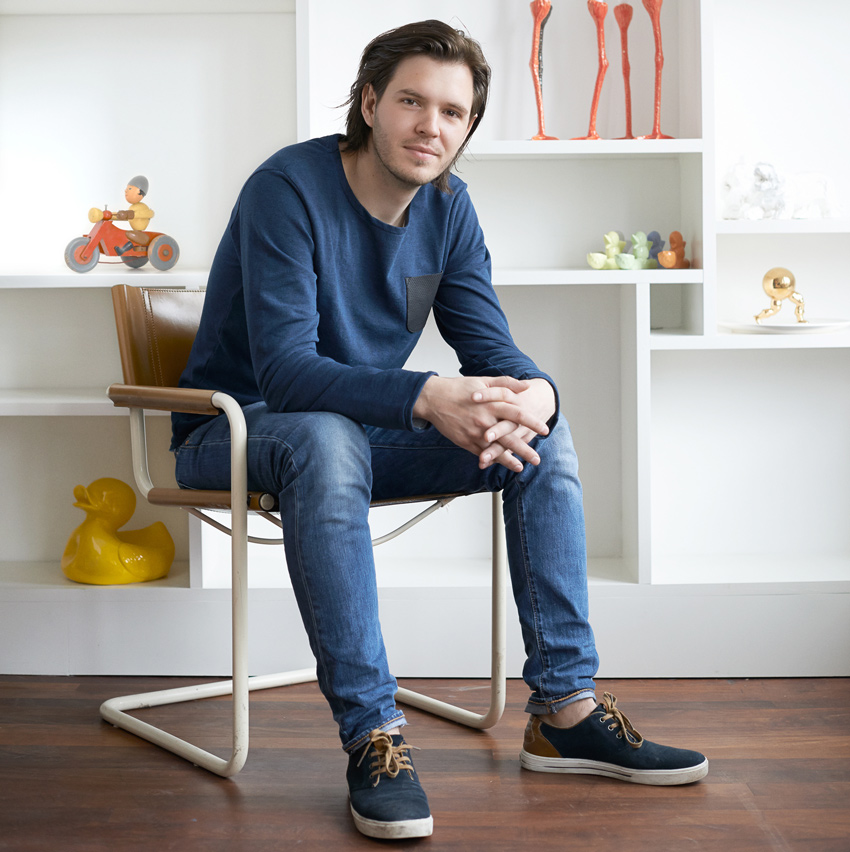 Open your doors for the first collection by Jasmin Djerzic:
The Surprising Friends

The Suprising Friends collection by Jasmin Djerzic makes a unique and playful experience. Because everyone wants to have help from one of these surprising friends to fulfil daily functionalities in a playful way. Handmade, in Breda, the Netherlands, using ceramic and beautiful colors these unique accessories delight your interior, dinner or party into a wonderful happening